Why Companies Are Needlessly Losing Business 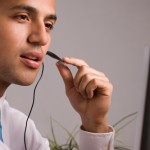 Companies are losing the battle of sales and customer service because their reps are not trained in critical thinking.  Instead, they are loaded with scripts and computer programs on what to say next versus the next logical step one should take to help solve the problem and build customer loyalty.

The key to building any business is for customers to feel they are being heard and their needs are being met.  This is true for sales and customer service reps.  And you need to make sure it is being done on a consistent basis because one bad hiccup can erase all the good will you have previously established.

Here is an example.  A while back I was on my preferred airline where I had top tier status. I was one of their most profitable flyers.  The kind you want to take care of.  During a flight from Newark to Tucson on a first class ticket, word came down that the family needed to head to San Diego because my uncle was in the last stages of cancer.  Upon landing in Tucson and getting the message, I immediately called my airline and said I needed to change my return date and location due to a pending death in the family and I requested a bereavement fare.

The agent told me I did not qualify for a bereavement fare.  I asked why not.  The answer was because I already departed my point of origination.  I had to be in Newark at the time of the call.  I said, “You mean I am being penalized because I was not home at the time of the call?  Even when I was on your plane at the time on a first class ticket?”  I asked them what would it cost for the re-route. They said $40 if you fly back during the day and we would owe you $200 if you take the redeye.  I said why don’t you waive the $40 and get me back during the day.  They declined.

I responded that I cannot believe they are treating an executive platinum that way and the agent, get this, responded “I can’t believe you are trying to rewrite our fare codes”.  I was so angry I just hung up.

Next I called Southwest Airlines, an airline I have no relationship with, to get me from Tucson to San Diego. I started with the same explanation and the rep said “Mr. Karr, on behalf of Southwest Airlines, let me share how upset we are that you have to travel under these trying circumstances and we will do everything we can to make your journey as comfortable as possible.”  This is coming from an airline I hardly ever fly.  Then she goes on to say that because they have the lowest fares, they do not offer bereavement fares.

The way she acknowledged my pain, she could have charged me a couple of hundred dollars more and I would not have cared.

Figuring the call with “my airline of choice” had to be an aberration (I did get great service in the past), I decided to try again.  And wouldn’t you know it?  I got into the same exact argument word for word.

Fast forward six months later.  I am sitting on a plane “my airline of choice” and next to me was a young lady and we started talking.  I asked her what she did for a living and she said she worked in reservations for “my airline of choice” in LA.  She got my attention.  I explained what happened and she started laughing.  She said all that happened was the second agent simply read the notes of the first call entered into the computer by the first agent.

We have to stop training reps in customer service and sales on how to read scripts and teach them critical thinking.  They have to adapt to situations and respond appropriately to customers.  Otherwise they will walk.  We have to train them on how to handle conflict resolution and make appropriate decisions that protect company assets while at the same time handle customers with great care.

I know there is a need to systematize processes to make sure people are doing things rights.  However, when you systematize things too much, you turn people into robots who are incapable of dealing with human emotions and solving problems real time.

How much do you think “my airline of choice” lost in annual revenue because I don’t fly them anymore?  A lot!  And how many people do think are out there like me?  A lot!

What companies need to understand is you don’t need to worry about those who complain.  You should worry more about those who don’t complain and voice their concern by leaving, just like I eventually did.

Click Here for more ideas on how to double, triple and quadruple your sales!!!

The Key to Overcoming Negative Thinking