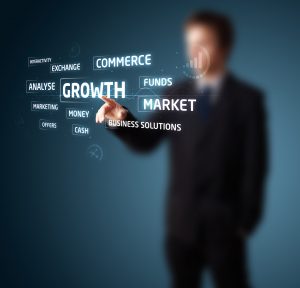 As a sales and leadership expert, I see many times companies promoting top performing sales executives to management positions and they fail! Why do they fail? They fail because they didn’t have the Impact necessary to lead a team and the reason for that is they have not transformed from being a sales exec to being a sales leader. This post will share with you how top producing sales executives can make this transformation seamlessly and succeed!

1. Top-performing salespeople are successful because they do it through their own efforts. As managers, their success is no longer dependent on their own efforts but on the efforts of others. Without some coaching on how to manage, they can’t translate success to this new arena.

2. Most managers manage and coach on tasks versus results. They insist their reps approach sales the way they did rather than understanding we’re all different and can do things differently while still achieving success. Managers need to manage on results, not the actual task.

3. These new managers try to manage rather than coach. People don’t want to be micromanaged. They chafe under it, especially millennials. But salespeople do need to be coached. (See number 2.) They can’t be told how another person did it; instead they have to be helped to find their own way to success.

I was working with a national account manager at a major corporation who was frustrated because his account team didn’t always know how to close the big deals. This meant he frequently found himself on a plane on his way to close the deals for them. As I tried to get to the bottom of what was going wrong, I discovered that he often took over on sales calls because he thought his reps didn’t know what they were doing. I explained that in doing that, he’d made them rely on him to close the tough deals. In fact, his job was to listen on sales calls, analyze what’s happening, provide some critique afterwards, and then listen to the next calls to hear the improvement.

The trouble with former top salespeople is they fear losing any deal. That fear undermines their efforts to coach salespeople to stand on their own two feet. Sales managers need to learn that they may be better off losing the deal if the rep can learn something in the process and become independently successful. It might be a matter of losing the battle to win the war.

As a senior executive, what are you doing to ensure that once you appoint a top-performing salesperson into a new position you do not lose their value to the organization? Are you coaching them on how they need to make the transition from sales executive to manager? How are you supporting them?

If you need help, call me.

The Key to Success in Business and Life

The Key to Generating New Business and Growing Profitability

How to Write Fewer Proposals and Still Grow Your Business

Are You Having Trouble Visualizing Your Future?