Home >How to Manage Your Tension to Gain Velocity

How to Manage Your Tension to Gain Velocity 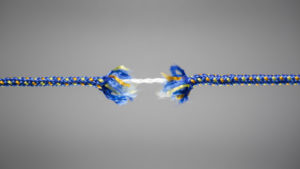 In Brandon Steiner’s new book Living on Purpose he shares a story about the University of Washington men’s basketball team losing its third game in a row in mid-February 2018. Even though the team’s record was 18-9, Brandon could see the team was despondent over its recent losses. During the game on Feb 15, Brandon noticed the players looked miserable—even at the half when they were leading the game.

Brandon knew coach Mike Hopkins, so he called him and suggested he needed to hit the reset button for the team. More specifically, he suggested they stop looking at film and concentrating on their failures. Instead, he thought Hopkins should take the team to see a movie and have pizza afterwards. Coach Hopkins listened to his mentor and arranged for a night out, which paid dividends. The next practice was one of the team’s best. They were loose and free of the tension they had been feeling.

What Brandon noticed from afar was that the team was mired in its (short) losing streak and had lost its way. When the team was able to step back and realize they were still 18-9 and having a great year, they could see they had a lot of positives to build on. The tension of losing had caused them to lose sight of who they were.

In some measure, tension can be good—if it causes you to focus and be present. But like any strength, if it is overused, it can become a weakness.  When tension gets to be too much, it does the opposite of helping you focus. You become too wound up to maneuver freely and manage obstacles to uncover the right solution.

More of us need to learn the value of a time out. By taking one when we need it, we release the tension and free ourselves to take advantage of all of our strengths and competencies. A rubber band that is stretched too far is ultimately going to break, and then it’s of no use at all. You need to recognize when you’re headed in that direction.

If you want to gain Velocity in achieving success, make sure you monitor and manage your tension level.  One way to do that is to gain insight from outside of your usual field of expertise. I highly recommend setting aside some time to read Living on Purpose; it will pay valuable dividends. 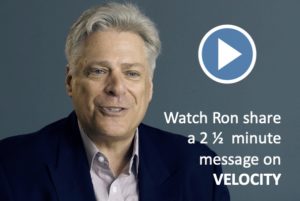 How You Look at Things Can Be Myopic!

The Financials for Effective Cybersecurity with Rick Jordan

What is the Biggest Reason People Get Stripped of Velocity?