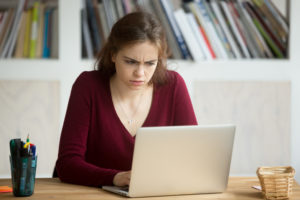 Pessimism tends to get a bad rap. In fact, top-producing sales execs exercise a fair degree of pessimism. It is the sales reps who are overly optimistic that often fall short of their goals.

The sales execs who make pessimism work for them think about potential obstacles and then leave no stones unturned to make sure the final vote goes their way and they land the deal. Yes, you’re right: I always say that those who concentrate on a positive outcome will win more deals than those who go into deals thinking only about why it won’t happen. That is a self-defeating attitude; it’s not pessimism.

Pessimism is healthy and effective when you visualize the outcomes you are after and what it will take to get there. As part of their planning, top producers tend to be more skeptical, asking buyers tougher qualifying questions and seeking out the true decision-makers within an organization. Top producers harness their pessimism to properly qualify deals. They keep their antenna up to identify potential roadblocks and head them off before they can derail the deal.

Sales reps who claim to be optimistic all the time are those who take what customers say for granted without qualifying it. These reps often end up following roads that lead to dead ends, stripping away all velocity from securing the deal. In other words, they often drown in a pool of B.S.

If you want to add velocity to your sales process and close more deals in less time, a healthy dose of pessimism may be what you need. Click here to learn what questions you can use to help ferret out the B.S. and get to the bottom line of what it will take to close the deal.

One Main Reason Your New Year’s Resolutions End in Failure

WHAT ARE YOUR PLANS FOR NEXT YEAR?

The One Thing People Always Buy First, Regardless Of The Industry