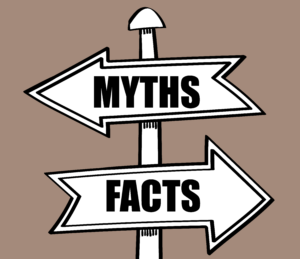 I had the joy of spending this past Father’s Day with my daughter, and at one point she told me about a difficulty one of her friends was experiencing. She wondered if I could help him with a deal he hadn’t been able to close. From the conversation with my daughter, I concluded that he had been rejected, but when I talked with her friend, he said he simply hadn’t heard back yet.

It doesn’t take much to make incorrect assumptions, and those assumptions easily lead us in the wrong direction. We hear the words people say, but we apply our own perspective and bias to those words—so sometimes we don’t hear what is truly said. Then we proceed to act on what we have “heard.” If we don’t take the time to clarify what people truly mean by the words they use, we may find ourselves operating with false assumptions—and wasting a lot of time. (Side note: Of course, this may happen to you too. Can you recall a time someone didn’t really hear you and the impact that had?)

Think about the time you spend doing proposals, RFQs, and client presentations. What happens if you are using incorrect assumptions to generate those proposals and presentations? It will appear you don’t understand the client’s needs and you won’t win the business! This happens all too frequently because there can be a long chain of influence and communication may get twisted along the way, not unlike a children’s game of Telephone.

Suppose you do 100 proposals a year, each takes you an average of two hours, and your closing ratio is 40 percent. If you lost 40 out of those 60 because you were operating under false assumptions or you didn’t have the information you needed, then you lost 80 hours —two full work weeks—to false assumptions. Add to that time the number of hours that you spent trying to close each of those deals as well as the time spent being upset or rethinking why you didn’t win the business. All of that probably adds up to a few more weeks of time. Now we’re talking about more than a month of time wasted—time that you could have used productively if you had had the information you needed.

False assumptions are deal killers and a huge waste of time. If you want to gain velocity, you need to get on the same wavelength as your prospects by clarifying what they mean. Clarifying questions allow you to make the most of your time and effort.

The better you get with this skill, the more you will achieve in a given time period. Your ability to sell and do more in less time depends on it and this is when you know you’ll be operating in the Velocity MindsetTM.

If you’re looking for a speaker, for the fourth quarter or first quarter kickoff meeting, who will energize your team and provide strategies that will produce immediate results, click here.

One Main Reason Your New Year’s Resolutions End in Failure

WHAT ARE YOUR PLANS FOR NEXT YEAR?

The One Thing People Always Buy First, Regardless Of The Industry